Showing posts from May, 2017
Show All

It was very close to our final exams, WAEC and JAMB. Some students were preparing for WAEC while very few were preparing for both. Every one was studying very hard. 'Grrring!' it was  the sound of the school bell alerting every one for break. My friend and I quickly went out to the canteen before the crowd get there. After getting the bread and fried fish, we went behind the canteen to eat. As soon as we sat down, we heard the sound of someone crying. We quickly followed the sound and saw our classmate, Chizoba. "What is the problem?" we asked.  She told us her parents could not afford to pay for her exams and I felt pity for her. I told her not to worry that I will ask my parents if they can pay for her. We asked her to wipe her tears and shared our lunch with her. When I told my father, he agreed to pay her fees. We had finished our exams and the three of us passed with flying colors because we studied hard for it. We were off to the university and we studied the
1 comment
Read more

"Excel, Wake up" that was my mum's voice. I jumped out of be bed instantly, it was at that moment that I remembered  we were visiting the water park. I quickly rushed into the bathroom and took a quick bath. I wore my T- shirt and a pair of  jeans. I later realized that others were not ready so I decided to watch Ben Ten to wait for them. After a while, they were all ready and we left our hotel room . We took the elevator to the ground floor where we had breakfast. I ate sandwich with tea while my brother had corn flakes and bread. After breakfast, we started the journey to the water park. As soon as we stepped outside, we were welcome to an intense heat and the sun was scorching hot. It was so hot that you can fry an egg on the bonet of a car. My dad quickly called a taxi to get away from the heat. Inside the taxi was the opposite, it was so cold and relieving. On our way, we saw lots of breath taking places like the Twin Tower Hotel and Dubai Mall. We also saw a ferry
Post a comment
Read more 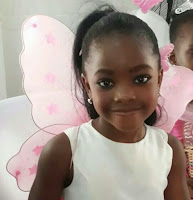 My mother is a woman of good manners, her name is China Lily Okechukwu Osuagwu. She is from Owerri in Imo state. Her birthday is December 23rd. She is a teacher. She is fair in complexion and she is not too tall. My mother  has a pretty face. My mother likes children a lot especially the smart ones. She likes honest people and dislikes dirty and lazy people. Her favourite food is white rice and chicken pepper soup. She also likes vegetable soup. My mother's best colour is yellow. My mother is a special woman because she likes to clean our house and  pray for us before go to bed. She also tells us to wave our hands to God and tell him that he is wonderful every morning. My mother makes us  clean our rooms  and she always buys good things for us. What a wonderful mother I have! A descriptive essay written by Chinaza Okechukwu Seven years old Primary 2.
Post a comment
Read more

- May 12, 2017
As Obafemi snuck in thorough a small door, he looked round to see if the security guards were there. He spoke into his walkie talkie, " I am in position, over' His friends got the message in their own walkie talkie and went into action. They were attacking the Presidential Castle in Abudu. They got dressed up in security clothes and entered a blue van. Kachi, the group brainiac quickly hacked into a system and they went past the terminal gate. Obafemi who was waiting at the back of the building contacted the Vice President Chuks Oke who was their their major ally. They planned to kill the President, Babados. Their crew were five people, the Vice- President, Obafemi, Kachi, Chike and Daniel. The Vice President came out of the castle and met Obafemi, they rehearsed their plan over and over. Firstly as planned Obafemi was under Chuks protection so they marched up to the board and he was introduced as Chuks' personal body guard.        Daniel who was driving the van st
Post a comment
Read more

When the Morning Comes.....

- May 09, 2017
When the Morning comes CHAPTER ONE        The cock had crowed several times that morning. It was another day in Melo village. Men and women had started setting out to their farms, they all seemed to be in a hurry. Men had their hoes on their shoulders while the women placed their baskets neatly on their heads which contained the crop seeds for planting. it was  planting time so they had lots of work to do at the farm.        Melo village was popular for its rich, fertile lands and large farm produce. The strength of a man was measured by the size of his barn. People even took the title of  'Ezeji' because of the size of their yam barn.        That morning, the whole place was still foggy and the wind seemed to be heavy, leaving the leaves to dance from side to side. Everywhere was still quiet. The only sound that interrupted the peace of the morning were the sound of footsteps and when the villages paused to say a quick "Iboolachi" to each other, hurriedly movi
Post a comment
Read more