THE BIRDS OF PREY 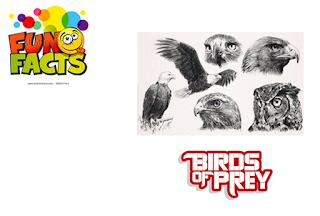 These creatures go silently but swiftly as they dive towards their prey without missing their targets. They fly gallantly and have no need to flap their wings. When next you look up at the sky and see one, you probably have spotted a bird of prey.

Birds of prey are birds that hunt other animals like rodents for food. They are also known as RAPTORS. They are carnivorous because they are mostly meat eaters.
These birds have powerful hooked or curved beaks they use in tearing the flesh of their prey. They have strong legs, powerful talons and keen eyesight.

MEET SOME OF THE COMMON BIRDS OF PREY 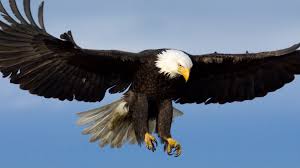 Eagles are larger than the other birds of prey. They signify bravery. The eagle is a powerful and fearless bird with strong muscular legs. Its hooked beak makes it easy for it to rip its prey apart without difficulty and also defend their young.  Eagles are apex predator which means they are at the top of the food chain. Some species of eagles feed on meat and fish, reptiles and rodents while Harpy feed on larger animals like monkeys and sloths. 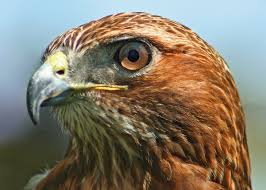 Hawks are one of the largest groups of birds of prey.  They are easily recognized by their rusty – red tail feathers. Like the eagle, hawks have powerful eye sight and strong talon to hunt small rodent like mice. Unlike other birds of prey, the hawk is unique because it kills its prey with its claws. They prey on ground dwelling mammals like mice, voles, rats, squirrel and rabbits. Hawks live in forest, woodland and open field with high places to rest. They need these high places to have a vantage point to spot their prey. 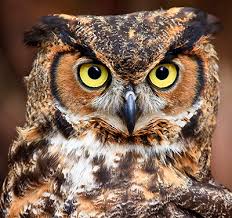 Darkness is never a barrier to these large – eyed night stalkers. These birds have sensitive ears, excellent night vision and sharp talons that are perfect to locate their prey. They are one of the nocturnal animals so are rarely seen. They are known for their ability to turn their heads almost completely around to spot their prey. They feed on invertebrates {such as insects, spider, earthworms, snails} fish, reptiles, amphibians birds and small mammals. 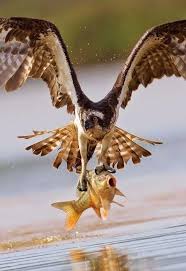 The osprey is known as the ultimate fisher. Their diet is mostly live fish. They are unique because of their ability to dive into the water and catch their prey. An osprey can go under water to catch these preys. They usually go down with their feet outstretched and their yellow eyes on their prey. Ospreys are always seen around water ways and shorelines; standing on their huge stick nest ready to attack.

Birds of prey are birds that live on other animals to survive. When next you are outside, look up and see if you can spot a bird of prey. 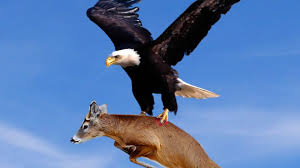 A BIRD OF PREY WITH ITS PREY

QUESTIONS
What are the common characteristics of birds of prey?
{Drop your answers in the comment point}

See you next time on our Fun Facts