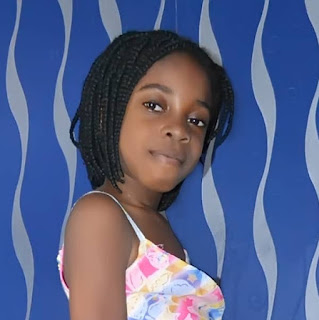 The Strange Encounter
I felt a little nervous that fateful day because we were going camping in the woods and it was my first time. I always knew the woods as a scary place, but I will just have to manage.
We arrived at the camping ground and it looked so amazing; birds chirping everywhere, flowers and trees blooming brightly, the fresh breeze blowing my face and hair.
We then met the ranger. He was tall and dark in complexion. He wore a tan colored jacket with green shorts he quickly introduced himself to us “My name is Ranger Tom.’’  He told us we were going hiking and will see some bears too.  “Grab your bags and follow me.” He instructed. We went through narrow paths across gushing streams and finally "WOW!" The bears cave. Ranger Tom then called their names ‘Fuzzy, Twinkle, Amstel.’ They came out he gave them honey and we played.

Something caught my attention, a beam behind the trees. I went closer and behold before me was a waterfall. It looked as if it was a rainbow, big and bright and as I was admiring the waterfall something passed “Aaahhh!” I turned but saw nothing but it passed again Hmmm! This time I saw someone in a red cloak looking like a ghost and he whispered “Go away, Go away.” And it all stopped then started again. My flesh became numb and I froze there instantly. I don’t know for how long I stood there until I heard……….
“Ribbit  Ribbit”  croaked a frog I then realized that it was getting dark so I grabbed my bag and headed back to the camp,
On the way, I met Ranger Tom and he asked me where I have been. I told him I saw a waterfall and I have been there but he didn’t believe me. “I wondered whether anyone had died here or had been murdered here” I thought as I continued my journey to the camp. The distraction of thoughts made me not to see a huge rock. I tripped and in the process twisted my ankle. I was taken back to camp in pains. The adults told me not to go outside for two days but I didn’t listen. While they were talking I snick outside with my friends and we all headed for the waterfall.
"WOW!" exclaimed my friends. “It’s huge right” I said. Just then we started to hear “Go away, Go away.”  We said “we’re not going away.” This time the figure wore a black cloak and it came closer. It was about a meter tall and it said “Do not tell anyone about this.’’
“OK.” we said and ran away
It was somehow painful to discover something as beautiful as the waterfall and not show it to others. We then decided to take an oath to keep our discovery a secret.